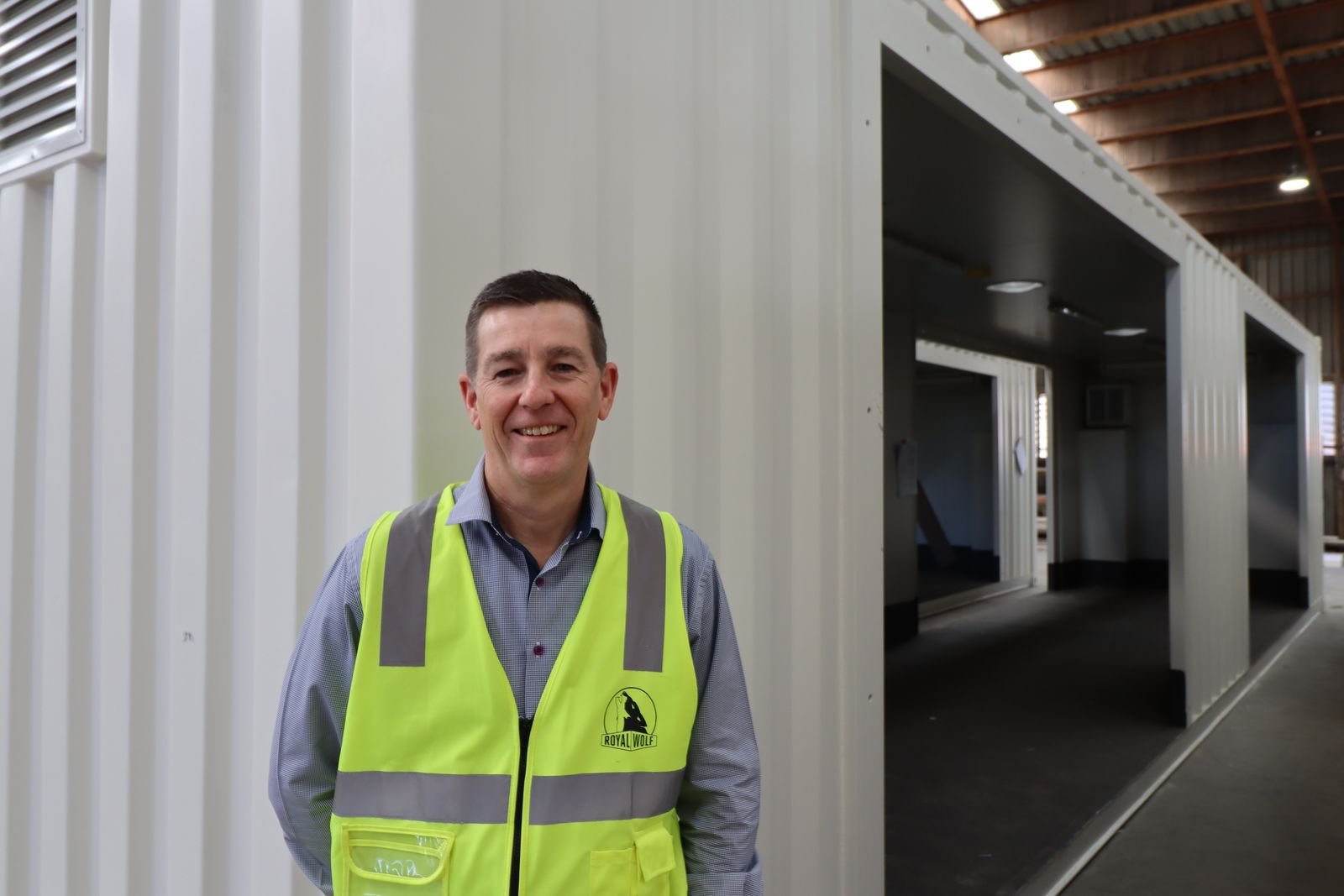 After 12 years at Royal Wolf, Warner Anderson is still finding new and innovative ways to modify shipping containers with his clients. While there have been many stand-out moments, he’s particularly proud of Royal Wolf’s rapid response, adaptability and quick-turnaround solutions during the COVID pandemic.

Warner has had many different opportunities to grow within the business since he started out in the Brisbane-based office more than a decade ago.

“I saw an advert on SEEK for an inbound sales person at Royal Wolf so I applied and was lucky enough to get the role,” he shares.

“I was only in that role for three months when an opportunity came up to move to the Gold Coast and work as a senior sales executive. I then became the branch manager and ran the depot, before returning back to the Brisbane office where it all began.”

Like many people in the Wolf Pack, Warner enjoys the diversity of work and solving different challenges for his customers every day. Having spent many years fronting calls from customers, he’s developed sound technical expertise which he draws on to find practical, workable shipping container solutions.

“I offer technical support to our sales people around the country and deal directly with customers, helping them find the right solutions for their business. I’ve worked on lots of interesting projects since I started, but there are a few that stand out,” says Warner.

“One of the most high-profile jobs I worked on was with the National Maritime Museum. We modified five to six 20-foot containers for a national display case that travelled around the country for pop-up exhibitions. The exhibition itself was solely focussed on the evolution of shipping containers, so that was lots of fun.”

“We also modified a container for The Royal National Agricultural and Industrial Association of Brisbane for their national show. They lost a lot of their property to urban renewal and needed a space to display their prize-winning beef carcasses.”

Having spent more than a decade in the wolf pack, Warner has developed close relationships with his coworkers.

“We’ve got a really good team. Everyone gets on well and works together to make the solutions happen. There is amazing ability across the team.”

When Warner isn’t working at Royal Wolf, he’s out and about keeping fit.

“I used to ride push bikes competitively so I cycle three to four times a week. I also love to go caravanning and camping.”

Royal Wolf Delivers a Multi-purpose Building and Construction Base