MORE THAN 286,000 VISIT EXHIBITION BY ROYAL WOLF AND MARITIME MUSEUM

Celebrating the evolution of shipping containers, the CONTAINER exhibition, developed by the Australian National Maritime Museum and supported by Royal Wolf, a United Rentals Company, reached its conclusion in the Northern Territory in August after more than four years touring Australian cities.

The exhibition was visited by over 286,000 people, including 24,000 at its final stop at the Museum and Art Gallery of the Northern Territory (MAGNT). It took visitors on a journey from the origin of shipping containers as a revolutionary way to transport goods around the world, to their evolution as an innovative solution for a range of uses, such as accommodation, offices, cafes and work spaces.

The exhibition travelled to locations including Sydney, Wollongong, Dubbo, Wagga Wagga, Narrabri and Fremantle before its final stop at MAGNT.

Royal Wolf custom-made special features for the exhibition, including the installation of ramps and hand railings to ensure the containers were fully accessible.

“The containers required large cut outs in the side wall for showcase displays, so they could be seen through windows,” says Warner Anderson, Royal Wolf Business Development Manager – Technical Solutions.

“The structure had to support a special solar panel, which powered the creative lighting set-up inside, and also created a unique lining on the inside wall to highlight the amazing displays.”

“It definitely exceeded our expectations. We’re so sad it’s come to an end because everyone just loved it.”

While the exhibition was an overwhelming success, it wasn’t without its challenges due to the pandemic, including needing to go into storage for 12 months.

Royal Wolf stepped up and provided a safe haven for the exhibition.

“We asked Royal Wolf if we could store them in a depot and straight away they said yes. It was a weight lifted off our shoulders because we knew they were safe,” says Gail.

The quality of the containers and modifications was integral to ensuring the exhibition could stand the test of time and there was no deterioration over the four-year period.

“The staff that built the containers were passionate; they could see this was a really good concept and wanted it to be a success,” says Gail De Raadt. “Their effort and the result was second to none.

“The quality of what they produced was outstanding and we really needed that for a four-year exhibition. It needed to last.”

Royal Wolf Managing Director Neil Littlewood was proud to be involved in the exhibition, which celebrated the history, evolution and unlimited possibilities of shipping containers.

“Royal Wolf containers have been transformed into everything from cafes and festival kiosks serving food and drink, to permanent office spaces and construction site gantries,” he says. 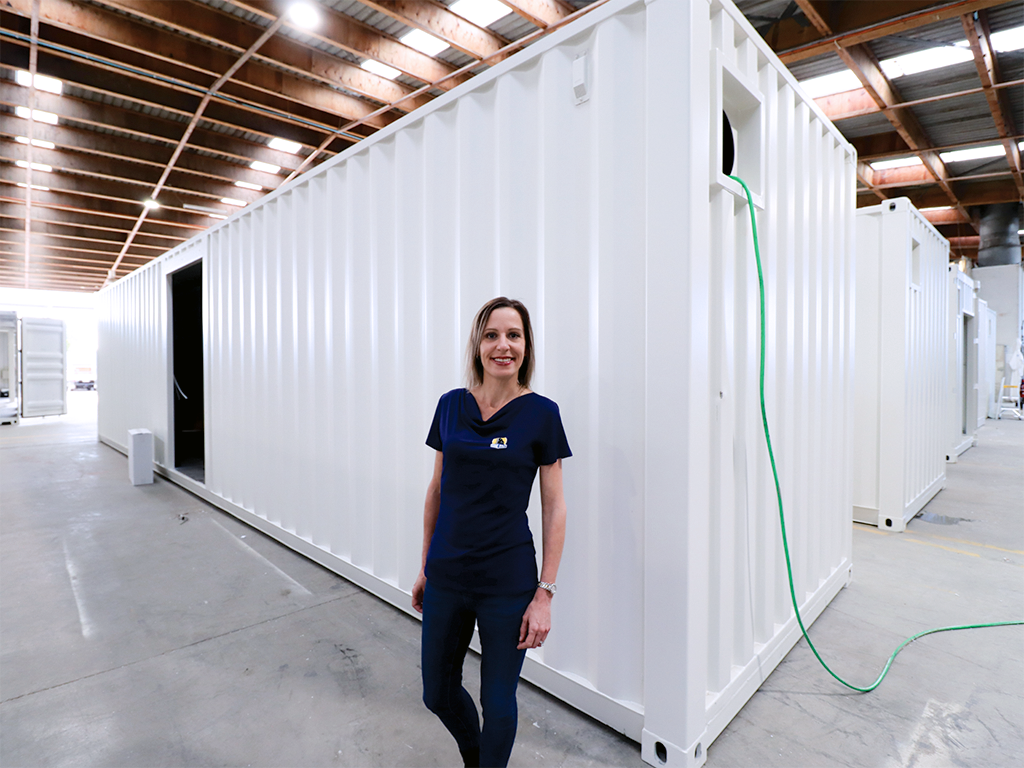